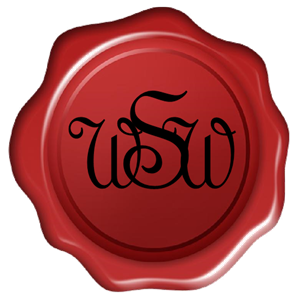 We created this glossary of wine terminology for all wine lovers, especially our wine students.

aging — holding wine in barrels, tanks, and bottles to advance them to a more desirable state

astringent — tasting term noting the harsh, bitter, and drying sensations in the mouth caused by high levels of tannin

AVA — An American Viticultural Area is a designated wine grape-growing region in the United States distinguishable by geographic features, with boundaries defined by the Alcohol and Tobacco Tax and Trade Bureau (TTB) of the United States Department of the Treasury.

balance — a term for when the elements of wine – acids, sugars, tannins, and alcohol – come together in a harmonious way

body — a tactile sensation describing the weight and fullness of wine in the mouth.  A wine can be light, medium, or full bodied.

bung — the plug used to seal a wine barrel

crush — the English term for harvest

cuvée — in Champagne, a blended batch of wine

dry —  a taste sensation often attributed to tannins and causing puckering sensations in the mouth; the opposite of sweet

earthy — an odor or flavor reminiscent of damp soil

enology — the science of wine and winemaking

fermentation — the conversion of grape sugars to alcohol by yeast

full-bodied — a wine high in alcohol and flavors, often described as “big”

hot — a description for wine that is high in alcohol

length — the amount of time that flavors persist in the mouth after swallowing wine; a lingering sensation

mouth-feel — how a wine feels on the palate; it can be rough, smooth, velvety, or furry

must — unfermented grape juice including seeds, skins, and stems

open — tasting term signifying a wine that is ready to drink

tannins — the phenolic compounds in wines that leave a bitter, dry, and puckery feeling in the mouth

terroir — French for geographical characteristics unique to a given vineyard

texture — a tasting term describing how wine feels on the palate

vegetal — tasting term describing characteristics of fresh or cooked vegetables detected on the nose and in the flavors of the wine.  Bell peppers, grass, and asparagus are common “vegetal” descriptors.

vintage — the year a wine is bottled.  Also, the yield of wine from a vineyard during a single season.

young — an immature wine that is usually bottled and sold within a year of its vintage.  Wines meant to be drunk “young” are noted for their fresh and crisp flavors.